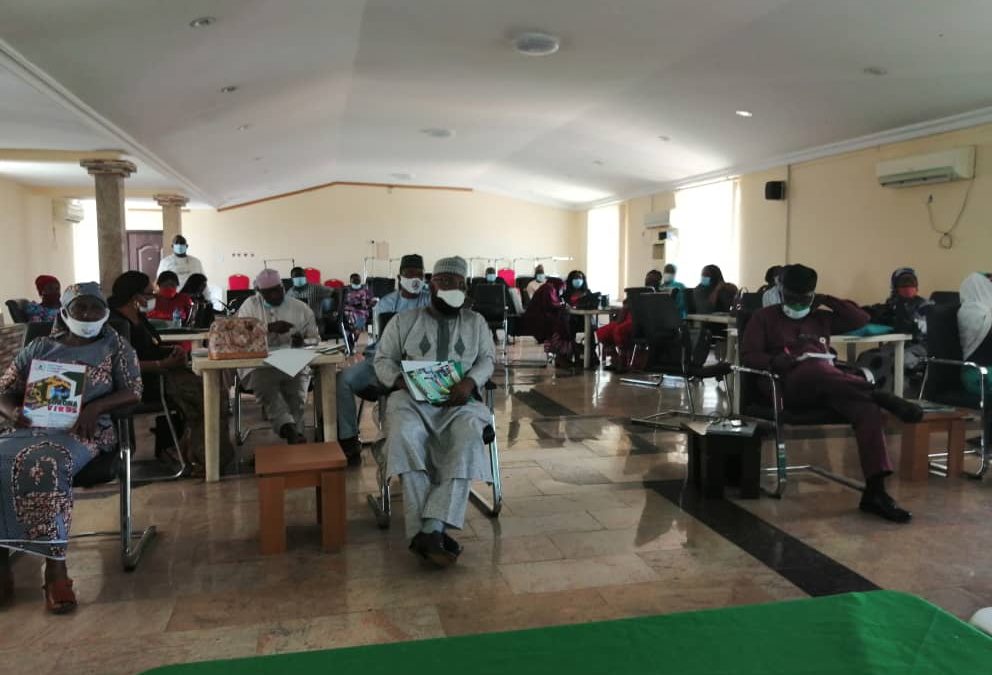 The FCT Health Insurance Scheme FHIS has begun the training of Some FCT Community Mobilization Officers of the National Orientation Agency NOA on Health intervention programmes in the FCT.
This is part of the collaborative agreement signed in August between the FHIS and the NOA which is aimed at increasing the number of enrolees by raising more awareness to the scheme.
Declaring the training workshop open at the headquarters of the NOA, the Acting Secretary Health and Human Services Secretariat (HHSS) Dr. Mohammed Kawu commended the initiative from both the NOA and the FHIS which he described as a family union. He promised that the Health and Human Services Secretariat of the FCTA will continue to support the FHIS and its programmes towards attaining the universal Health Coverage. (UHC)
Dr Mohammed Kawu who was represented by the Director Medical & Diagnostic in the Health Secretariat, Dr. Abubakar Ahmadu said “ from the crop of ladies and gentlemen I can see here, there’s a family setting already and I sincerely believe that the choice and collaboration that is existing today between the health and human service secretariat and the National orientation Agency towards is geared towards achieving one common goal which is to enlighten the populace on the need to enrol with the FCT Health Insurance Scheme”.
Dr. Kawu further stated that the PROS of enrolling with the FHIS far out ways the CONS as it is going to save people from out of pocket spending.
In his part, Director General of the National Orientation Agency Dr. Garba Abari who was represented by the Director Human Resource Management Mr. Kahinde Ogunkuade said one of the mandates of the NOA is ensuring government programmes and policies are better understood by the public, and the attainment of the Universal Health Coverage is one of governments top priority and the NOA is just playing its role to ensure that the UHC is achieved.
“With our platforms and spread, we are supporting the FHIS to ensure that their programmes get to the grass root to achieve Universal Health Coverage” he said
On how the NOA intends to ensure the collaboration works effectively, Mr. Ogunkuade added that, the NOA has staff in all the 774 local governments of the country “we have strategy we use, advocacy, community engagements, meeting with the locals and addressing them on what to do, we have theatre for development, and each community has its own style of their meetings and we are familiar with it because we speak all their languages” he said
The Director FCT Health Insurance Scheme Dr. Mohammed Ahmed-Danfulani expressed optimism that at the end of the workshop, NOA community officers will be able to understand the packages of the FHIS and also to sell the idea to all the residents of the FCT in the long run.
In his words, “we want to take health insurance to the grassroots, because one of the important programme we are going to be doing is the Basic Healthcare provision fund (BHCPF) that looks critically at healthcare of the have-nots in the rural areas, and now to bridge leading to the rural areas will be enhanced by the National Orientation Agency, that is why we are training their staff so that they can have a better understanding of the programme so that they can help us carry this information to the rural communities in the FCT.”
At the end of the 3 day workshop, the NOA community officers are expected to inform the residents of FCT from the six area councils on the need to enrol with the FHIS